Firstly, we need to change our perspective on ageing. Across the entire world, humans have accepted ageing and its effects as something that is inevitable and that we cannot hide from. But why? Instead of focusing on treating age-related diseases such as dementia or cancers, perhaps we should shift our approach to focus on the root cause of them.

So, what is Ageing?

In the most basic sense, the Theory of Ageing is based on the loss of analog information in the epigenome which happens during the process of cell replication which is a naturally occurring process that continually occurs throughout our body. But what happens if we look at preventing the recurrence of cells in our body and focus more on our cell maintenance? Much like Chinese whispers if we avoid the number of times the information is passed around (through cell replication), we reduce the potential for loss or degradation of information.

Dr David A Sinclair and his Research Team

Through groundbreaking research in Australia and America Dr David A. Sinclair and his team have been able to understand more on some specific longevity methods including NMN, NAD, Sirtuins, and Rapamycin (TOR). Such drugs and future technologies look set to change the way we age and potentially prevent it ultimately, thus reducing or eliminating age-related diseases and the deterioration of the body.

Dr Sinclair shot into the public eye after releasing a study about how resveratrol can be linked to longevity. But Dr Sinclair also noted the amount of resveratrol found in things like wines and berries is not enough to affect the human body as you would need to have somewhere between 100 and 1000 glasses of red wine a day for it to be effective.

Dr Sinclair reappeared into the public eye after he published the international bestseller “Lifespan: Why we age and why we don’t have to” which details Dr Sinclair’s life in science, his research project findings and what he believes is yet to come. He explains perfectly what ageing is and why it occurs. Once you understand these two points, it’s clear to see that ageing isn’t inevitable and in fact, it’s treatable. He also looks at what makes our body go into this “survival maintenance” state and which chemicals cause this to save us the trouble of dealing with a hunger for days on end at significant personal discomfort.

During “tough times” our bodies hunker down into a kind of self-preservation mode and instead of our bodies replicating the cells in our body which uses more energy, our bodies focus on maintaining the sections it currently has. These tough times can be induced through means of bodily stress. Many scientists across the globe now agree that forms of calorie restriction, such as intermittent fasting for periods in the day or for days at a time can create these conditions. Short term exposure to extreme temperatures, such as ice swims, saunas and physical exercise with High-Intensity Interval Training, also appeared to be very useful.

● Sirtuins: These are a family of proteins that regulate cellular health. The seven sirtuins in the cell which play a variety of roles have been linked to the aging process, inflammation, energy efficiency and DNA repair. They play a crucial role in keeping cells in balance, but they can only function in the presence of nicotinamide adenine dinucleotide (NAD). Research is increasingly showing how sirtuins can become “distracted” and “overworked” when dealing with too many DNA repairs, precipitating quicker aging.

● TOR: This is a complex of proteins that regulates growth and metabolism. Like sirtuins, TOR has been found in every organism in which scientists have looked for it. TOR provides a distress signal when DNA repair is required and plays a vital role in digesting old proteins.

How NAD and NMN works

● The commonality of these longevity genes is that they are all activated in response to biological stress. The key to all of this is the activation of physical stress longevity genes to delaying aging instead of overworking them. This leads, as explained before, to a loss of epigenetic information causing ageing.
● As Dr David A. Sinclair believes, we must activate our survival network of longevity genes in the correct way and amount. By taking these supplements, we can get our body to believe it is under the right kind of stress that activates our longevity genes.

NAD and NMN Testing in Mice

This is where the science shows incredibly promising results, Dr David A Sinclair and his team at Harvard University with a combination of compounds over the last ten years, have been able to consistently increase the lifespan of mice by up to 40%. If we were able to replicate these kinds of figures and there isn’t any reason to believe why we couldn’t, this could add another 30 years to Humans Average lifespan. Living to 100 would be the new norm, and if someone passes away before the age of 100, you would be saddened that they had not had a full life, taken too soon and a tragedy to die so young.

● NAD boosters: These are the emerging compounds of interest. Two variants (NR and NMN) both show incredibly promising signs and research has also found that they may prolong fertility. Human Trials are currently underway with both already showing great feedback, so much so that everyone involved in the research is actively taking this supplement along with NMN.

● Rapamycin: This lowers immune response and is used to facilitate organ transplant acceptance. Mice given small dosages in the final months of their lives lived 9%-14% longer.

● Metformin: This is a diabetes drug which is also linked to a longer lifespan. In 25 out of 26 studies of rodents treated, metformin showed potential as a protector against cancer. It’s less toxic than rapamycin, while still boasting similar aspects of calorie restriction.

● Resveratrol: This is a natural molecule found in red wine, grapes and berries – albeit in low quantities. Research has shown a positive impact on heart health, as well as a 20% life extension in mice.

Countries leading the way into Anti-Ageing and Preventing Ageing include:

Australia, Denmark, Holland, Singapore, United Kingdom and the United States are the countries leading the way when it comes to researching into preventing ageing and hopefully, with the research coming from these countries beginning to change social attitudes and putting pressure on our governments, and the World Health Organisation to classify ageing as a disease, studies will grow as more funding becomes available.

We Are Taking It!

We put our money where our mouth is! Members of staff in the manufacturing company and SoHealthy have been taking this supplement. True to the research found in Dr David Sinclair’s book we are noticing higher levels of energy, apparent ability to think, feeling evermore youthful in the morning and whilst we can’t vouch for looking any younger just yet, we are feeling it.

Other things we can do to increase longevity:

1. Eat less: Countless studies have shown significant increases in lifespans of mice and other mammals when calories are restricted over a large portion of their lives. Long-term calorie restriction may therefore increase lifespan. But spending almost all of your life in a state of hunger isn’t comfortable or ideal.

2. Intermittent fasting: Over the past few years, evidence has been emerging that periodic calorie restriction sets the body off on its “maintenance mode”. This can be achieved through skipping the odd meal or by cutting food entirely for a day or two once a week or every other week.

3. Lower protein, vegetable-rich diet: The reduction of amino acids (found in meats) leads to the inhibition of mTOR, which aids in helping protect mitochondria from being damaged. It is also now proven, that this type of diet reduces the risk of heart disease, cancer and other diseases.

4. Exercise: Exercise has always been touted as one of the secrets to a longer life, and now the studies can tell us why. Exercise in particular – High-Intensity Interval Training (HIIT) has been shown to activate our body into survival mode, which raises NAD levels, then, in turn, activates the survival network and growing oxygen-carrying capillaries in muscles. High-intensity interval training appears to be the most effective form.

5. Exposure to Cold and Heat: Exposure to cold and heat can activate sirtuins, which in turn activates brown fat in our backs and shoulders. The presence of brown fat at higher levels has been associated with lower age-related disease. Short term exposure to these temperatures is significant such as saunas and ice baths.

Things that overwork our epigenome:

Dr Sinclair knows that it’s impossible to avoid all the things mentioned above, but his research has found that the epigenome has evolved to deal with small amounts of DNA breaking up. To maintain a healthy balance, we must ensure that we limit the damage as much as possible where we can.

Dr Sinclair and his team at Harvard University have also found in their research that, chemical compounds and technological solutions when combined may have the potential to extend life even further.

Try it out for yourself today

It Is No Longer A Secret, Everyone Is Taling About It!

A cure for Ageing?

Is an Anti-Aging Pill on the Horizon?

A Buyers Guide to Buying NAD a... 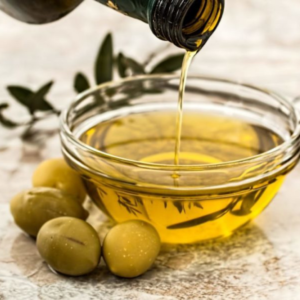 May 26, 2021 / 0
Olive oil has been associated with everything from improved cholesterol levels to rejuvenating hair growth. But just which are facts and which are fiction? We... Continue reading 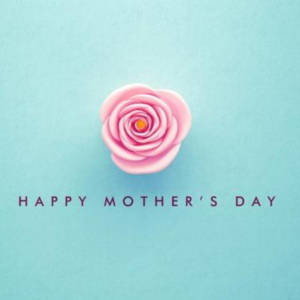 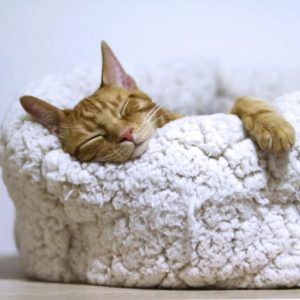 January 13, 2021 / 0
Let’s Start with What is Sleep? Before we get into tips for sleep lets first understand what sleep actually is, It goes without saying that... Continue reading 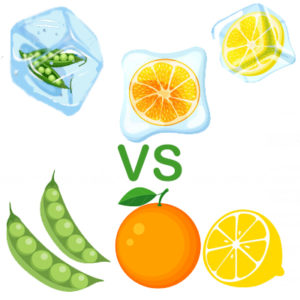 Is Fresh Always Best? – Fruit and Vegetables – Fresh Vs Frozen

November 12, 2020 / 1
When we think about healthy food, we probably think of crunchy fresh vegetables with lots of colour and flavour. We love the thought of inspiring... Continue reading 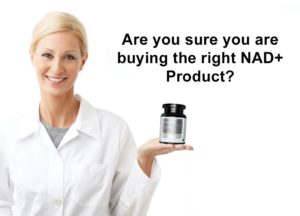 A Buyers Guide to Buying NAD and NMN

November 9, 2020 / 0
A Buyers Guide to Buying NAD and NMN Here at SoHealthy, we thoroughly research all of the products we stock and sell. We believe that... Continue reading